OSHA Clarifies that Injury and Illness Recordkeeping Is a Continuing Obligation

On December 19, 2016, the Occupational Safety and Health Administration (OSHA) issued a final rule amending its recordkeeping regulations (29 CFR Part 1904) to clarify that the duty to make and maintain accurate records of work-related injuries and illnesses is an ongoing obligation. The duty to record an injury or illness continues for as long as the employer must keep records of the recordable injury or illness; the duty does not expire just because the employer fails to create the necessary records when first required to do so. The amendments consist of revisions to the titles of some existing sections and subparts and changes to the text of some existing provisions, but they add no new compliance obligations and do not require employers to make records of any injuries or illnesses for which records are not currently required to be made.

On December 19, 2016, the Department of Labor (DOL) issued a final rule updating the equal employment opportunity (EEO) requirements in apprenticeship programs. The final rule amends existing requirements last updated in 1978 and extends current protections against discrimination to include disability, age (40 years or older), genetic information, and sexual orientation. The DOL states that the rule’s provisions simplify the steps employers and sponsors must take to make compliance easier, ensure equal opportunity in apprenticeship, and help businesses leverage the program’s benefits.

The final rule goes into effect on January 18, 2017, but the rule provides more time beyond that for sponsors to come into compliance with the nondiscrimination and affirmative action obligations in the rule. The department also says it will provide a series of technical assistance opportunities to all state apprenticeship agencies and other key stakeholders.

The DOL has created an Office of Apprenticeship’s EEO website. Among the items that can be accessed are:

On December 19, 2016, the Department of Labor’s Employee Benefits Security Administration (EBSA) issued a final rule requiring that employer-sponsored plans, plan fiduciaries, and insurance providers comply with additional procedural protections when dealing with disability benefit claimants. The rule is designed to improve the fairness, transparency, and accuracy of the disability claims process. The final rule adopts certain procedural protections and safeguards for disability benefit claims that are currently applicable to claims for group health benefits pursuant to the Affordable Care Act.

The new rule ensures that disability claimants receive a clear explanation of why a claim was denied, their rights to appeal a denial, and their right to review and respond to new information developed by the plan during the course of an appeal, according to the Department of Labor (DOL). The rule also requires that plans avoid potential conflicts of interest among those individuals making decisions on benefits claims and appeals. For example, a claims adjudicator could not be hired, promoted, terminated, or compensated based on the likelihood of his or her denying claims.

The EBSA has provided a fact sheet about the final rule, which is effective 30 days after its December 19 publication in the Federal Register. Improvements in the claims procedure process are generally applicable to disability benefit claims submitted on or after January 1, 2018.

On December 19, 2016, the Department of Justice (DOJ) issued a final rule revising regulations under the Immigration and Nationality Act (INA) concerning unfair immigration-related employment practices. According to the announcement, the revisions:

The revised regulations go into effect on January 18, 2017.

On December 10, 2016, President Barack Obama signed into law the Further Continuing and Security Assistance Appropriations Act, 2017 (Public Law No. 114-254). Among other things, the law temporarily extends the federal Electronic Verification system (E-Verify) program through April 28, 2017. E-Verify is a web-based program operated by the Department of Homeland Security (DHS) in partnership with the Social Security Administration (SSA) which allows participating employers to electronically verify the information provided by the employee on the Form I-9. 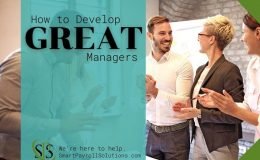 The Qualities of Great Managers and How to Develop Them 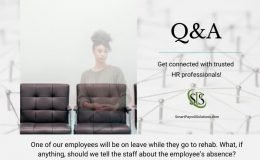 Sharing Information About an Employee’s Absence 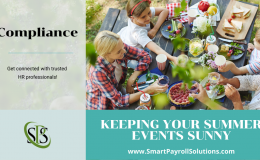 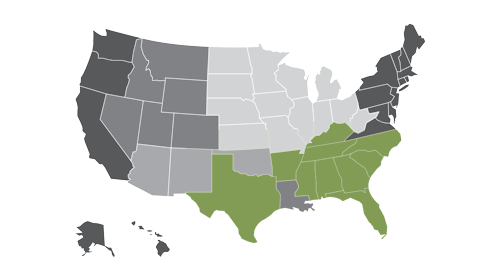